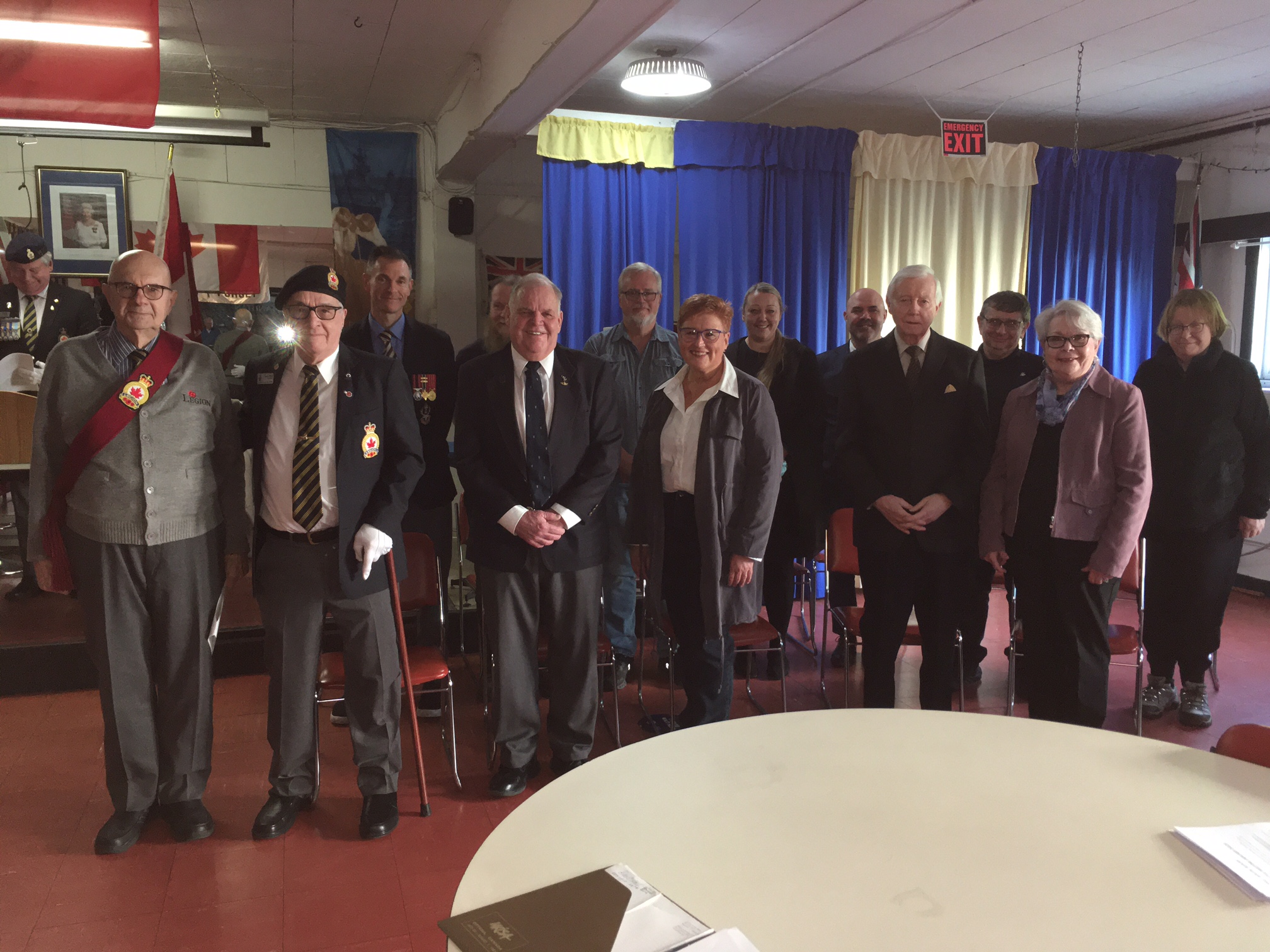 Click on each Title and Name for additional information about the Executive Committee Member. 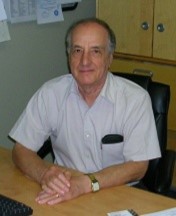 18 years military service as a commissioned officer in Africa and the Middle East.

With my family, drove from Zimbabwe, through Africa, to and around Europe.

After arriving with my family in Canada in 1989, spent the next 13+ years with a Vancouver B.C. telecommunications company in various international management positions and roles and lived and worked in Saudi Arabia, India, Hong Kong, Singapore, Taiwan, and Shanghai.

With the relocation of the telecommunications company to the USA, opted to remain in Canada and provided specialized telecommunication consultancy services for the North American operations of a United Kingdom security organization. During this same time, I also conducted a private venture and purchased and established a business in the south of France.

For the last 12 years of my professional career, worked in a Vancouver software company managing the delivery and implementation of Workforce Management Systems to various utility companies in North America.

In 2017 I retired and since then I have kept myself busy with self interests, hobbies, part-time and charity work. 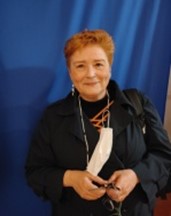 I have been involved with the Legion for almost 25 years and have held a number of positions on the Executive including Branch President, Past President, Director and Secretary.

For a number of years, I have also helped with the Poppy Campaign, Membership, branch communications (weekly email blasts/website) and thoroughly enjoy being a “Meat Draw Maven” – hosting and assisting with the branch’s weekly meat draws.

As a proud daughter of a veteran, it has been my honour to be part of a branch where veteran support and community involvement is paramount.  I thank you for your support and look forward to continuing to serve on the Executive. 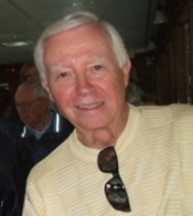 1. Personal Background
Bob Liley was born and raised in London, Ontario, but his business career has taken him across the country and internationally. He has lived and worked in London, Toronto, Winnipeg, Montreal, Calgary, New York, and Vancouver.

Bob spent eighteen years in senior information management positions in major Canadian corporations and spent the next thirty-one years consulting internationally to Fortune 500 companies and leading public sector organizations. In this endeavour, he established and managed his own management consulting practice for many years, retiring in 2009.

He has worked extensively with senior management and boards to set strategic direction, develop strategic plans, and develop and implement the resultant business plans. His mission has been to help organizations move from where they are today to where they need to be to ensure continuing success.

2. Relationship With Branch #176
Bob has another component to his life; he is a musician. It was as a musician that he first became acquainted with the Billy Bishop Legion, a branch unlike any other Legion branch at which he had performed. He and his wife eventually became members because they were charmed by the membership and ambience at the Branch.

However, it soon became clear that the Branch was troubled, both financially and operationally. Applying his background and skills he developed a Strategic Plan (its first) to take the Branch into the next few years. From this came the development of an annual Business Plan and Budget.

Bob was invited to join the Executive Committee as Treasurer in 2018. As the result of many changes which have been introduced during his association with the Branch, 2019 was the best financial year the Branch had experienced in many years.

3. Continuing Mission
His continuing personal mission with the Branch is to ensure its long-term viability and sustainability in these difficult times, recognizing that in many ways the Branch functions as a business and needs to continue to be operated and managed as such if it is to continue to successfully fulfill its mission. 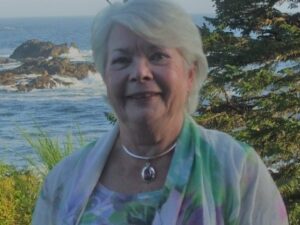 Lenore Binkley Mason is a 1964 graduate of the University of Alberta. After completing my degree I immediately moved to Vancouver and have never looked back. I initially worked at Vancouver General Hospital as a Social Worker until beginning a family. I returned to school in the 80’s and obtained a diploma in Library Science from Langara College. I was shortly after taken on by the Medical Library of the College of Physicians and Surgeons of BC where I worked for many years.

I am an adoptee. In an effort to identify my birth family, I found myself deeply involved in genealogical research. It took over 26 years of tenacious digging and DNA testing until I was finally able to identify Flt. Lt. Martin William Enefer, RAF, as my birth father. He was a flight instructor under the British Commonwealth Air Training Plan (BCATP) when he met my birth mother in Winnipeg where I was later born. Not all adoptees wish to identify their heritage but it was something I was strongly driven to do even though I had an excellent adoption and was given many advantages as a result. It also gave me two wonderful half brothers.

My two sons were also both adopted. I guess I believe in the process. My eldest has followed this to the next level with his second daughter, our darling and cherished Margo (Gogo).

My association with the Legion came about as a result of a TV news story some years ago outlining how the “Billy” was in dire need and facing closure. I joined immediately and have found a wonderful community of friends and social involvement. This year, 2023, will be my first on the Executive Committee although my husband, Bob Liley, has served as Treasurer and bean counter for some time now. I hope I can meet the expectations required. 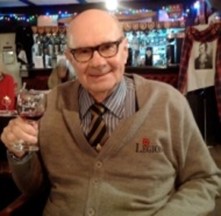 Click on each Director’s name for information about them.

Dan Thomas, CD, joined the British Columbia Regiment (Duke of Connaught’s Own) the month after he enrolled at UBC, and served just over 40 years as an Army Reservist. The first half of his career was spent with his home unit, or in staff positions at headquarters in Jericho Garrison. The second half, he served as the Public Affairs Officer for 39 Canadian Brigade Group HQ in Vancouver; with Army Public Affairs and the Vice Chief of the Defence Staff in Ottawa; and his favourite military job of all, embedded for two years in the RCMP-led Vancouver 2010 Integrated Security Unit. Overseas service involved stints in Cyprus and Ukraine. He reluctantly retired from the Canadian Army in 2015.

Dan joined Branch 30, Kerrisdale, several years ago in thanks for its support to 111 (Pegasus) Royal Canadian Air Cadet Squadron, where his sons have served, and for the Royal Canadian Legion’s ongoing support to Veterans. He has remained active with Branch 176, including filling in as Sergeant-at-Arms. He currently works as a civilian with the Department of National Defence as the Manager of the Stakeholder Engagement Office (Western Canada), nearby at the Major-General B.M. Hoffmeister Building.

Dan is honoured to serve on the board in his capacity of Service Officer and Director where he continually works on developing relationships even further with local military Reserve units and other community allies. 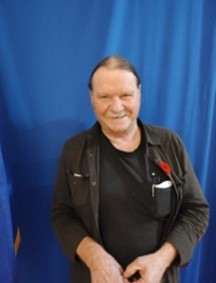 I have been a proud Legion member for almost 20 years and am very passionate for what the Legion stands for.

As a life time learner, I have the following education:
–  BFA from UBC
–  Diploma in Architectural Mechanical Drafting
–  Diploma to teach from BCIT

For 42 years I have worked in Vancouver as a licensed contractor/builder specializing in Heritage Restorations. I am also a Building Maintenance Specialist.

My partner Debbie and I live in Kitsilano and I am the father of 2 sons.

Currently, I am the House & Grounds Chair for the branch and have spearheaded a number of projects including the restoration of the branch’s south wall, putting a plan in place to replace our aging shed, prioritizing building maintenance issues and assisting with regular building maintenance.

As a member of the Kits Point Military History Museum Society, I have assisted in the curation of the upstairs hall displays and am currently involved with the Defining Moments Afghanistan project. This project involves working with our local Afghanistan veterans in putting together a banner of remembrance.

It is my pleasure and honour to serve on the 176 Executive. 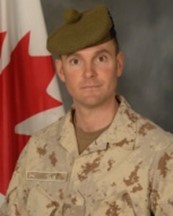 Josh Muir was born in Winnipeg Manitoba. After high school, he joined the Army Reserves, serving the Queens Own Cameron Highlanders. After two years with that unit, Josh moved to BC in 1996 to study on the island at camosun college. He transferred to the Canadian Scottish Regiment, and served with them for approximately two more years, before moving to Vancouver and transferring again, this time to the Seaforth Highlanders of Canada. Releasing from the primary reserve in 1999, Josh pursued education and worked at YVR for several years.

Always missing his time in the Army, Josh re entered the Primary reserve in 2006, again with the Seaforth Highlanders of Canada.

After some re training, Josh deployed twice to Afghanistan with 1PPCLI. Task force 1-08 and then 3-09.

Josh was wounded in an IED ambush in early 2010.

Josh worked full time with the Army until his release of medical grounds in 2014. Since then he has undergone approximately 8 surgeries.

Josh continues to remain active with veterans advocacy and awareness, and has served for over half a decade as President of the Seaforth Regimental Association. He has also been a member of your local branch and was previously on the Executive Board for for two years.

Josh lives in Vancouver, and has a seven-year-old son named Max.

Picture and Bio to come.

Picture and Bio to come. 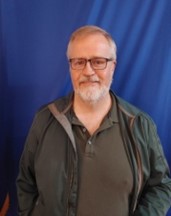 Dave has been a Director of the 176 Branch for 3 years but has been coming to the Legion for many years and is married to Past President Lisa McQuillan.

Dave is a Director at large and helps out where ever help is needed. He has been known to help install a toilet one minute then is taking back numerous bags of bottle/can recycling or helping out with the Sunday Meat Draws the next. He has also, along with Lisa, been helping to keep our website current. 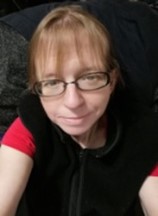 Hello, my name is Meredith. I was the  Secretary for Branch 176, for roughly 3 years, and have helped with a couple of the events volunteering like Remembrance Day. I have had the opportunity for volunteering with many different non-profit agencies including, health care, childcare, emergency services, education services, among many other organizations. I have also worked in the public, and private sectors within health care, as well as with the government on a number of different organizations including First Nations, Business, and Health care. In my spare time, I love traveling with my partner Jim Hilton around the province of BC, as well as Alberta, and love doing wildlife photography.